Watch: Bernd Leno makes stunning save to rescue a point for Arsenal 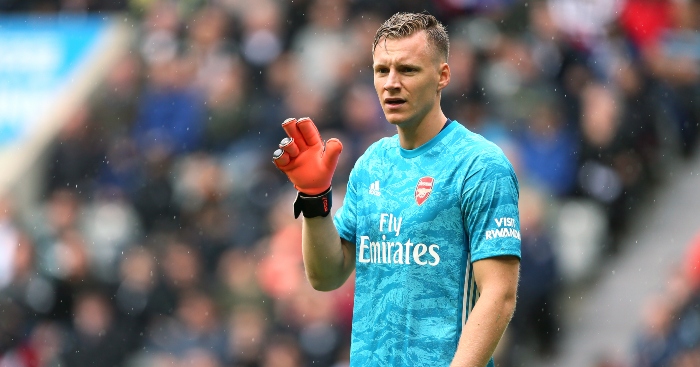 Freddie Ljungberg kicked off his caretaker spell at Arsenal against Norwich City – but he had Bernd Leno to thank for their point.

The Gunners had just equalised for the second time through Aubameyang when the German goalkeeper was called into action.

Arsenal’s defenders switched off and Kenny McLean surged through on goal, but Leno produced a sensational save and tipped his strike onto the post.

Arsenal had started brightly, but they still looked vulnerable defensively and Teemu Pukki ended his eight-game goal drought with a shot that deflected off Shkodran Mustafi.

However, the hosts’ lead only lasted a few minutes as Pierre-Emerick Aubameyang levelled for the visitors with a retaken penalty, after Norwich players had encroached when his original effort was saved by Tim Krul.

The 2-2 draw means Arsenal haven’t won in eight mathes and they are currently seven points off a place in the top four.

Comparing what Mauricio Pochettino inherited at Spurs to Arsenal now