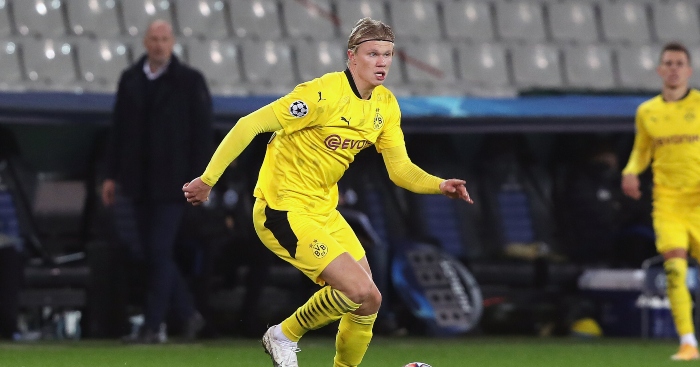 After scoring twice in Borussia Dortmund’s 3-0 win over Club Brugge, Erling Haaland was involved in yet another awkward post-match interview.

Haaland, who is known for giving short answers to interview questions, looked baffled by an unusual question from a CBS reporter.

Having previously described his hat-trick match balls as his “girlfriends”, the Norway international was asked if he was “sleeping lonely” tonight.

A confused Haaland didn’t really know how to respond and the interview was swiftly wrapped up.

Back in the CBS studio, Jamie Carragher and Micah Richards couldn’t quite believe what they had just witnessed and burst out laughing.