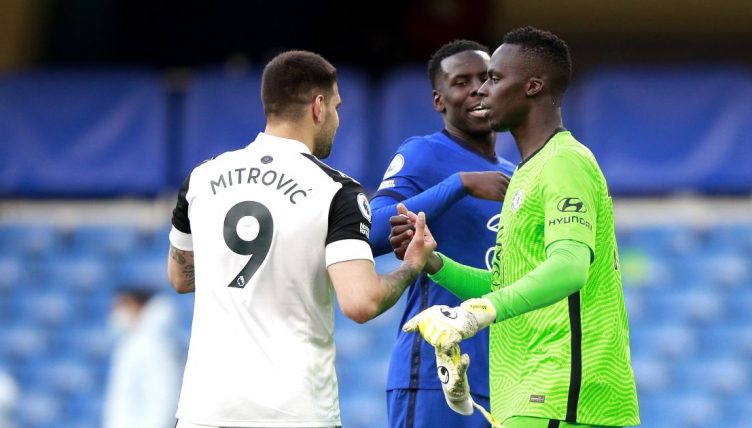 Despite Bobby Reid’s best efforts to distract him, Edouard Mendy recorded another clean sheet in Chelsea‘s 2-0 win over Fulham.

Kai Havertz, one of five changes from the Blues’ Champions League semi-final first leg against Real Madrid, latched on to Mason Mount’s through ball to give them an early lead.

But Mendy had to be alert to prevent Ola Aina’s deflected strike from hitting the back of the net on the stroke of half-time.

Havertz doubled Chelsea’s advantage in the 49th minute and the visitors had to resort to desperate measures to try and get back into the game.

During a Fulham corner in the 57th minute, Reid tried to undo Mendy’s gloves but the set-piece amounted to nothing.

The 29-year-old has now recorded 16 clean sheets in the Premier League this season and only Manchester City’s Ederson has more.