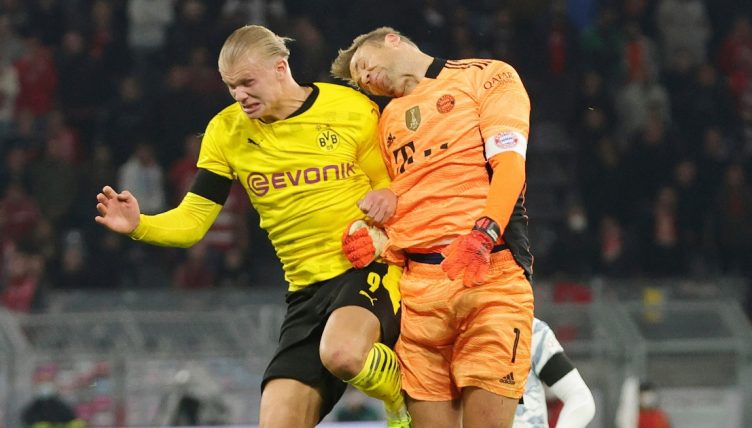 Bayern Munich and Borussia Dortmund faced off for the German Super Cup on Tuesday night in a feisty encounter, an encounter that Manuel Neuer will probably still be feeling today thanks to Erling Haaland.

Robert Lewandowski gave Bayern the lead five minutes before half-time, continuing his fine form from a record-breaking season with a bullet header from Serge Gnabry’s cross.

Muller tapped home a second four minutes into the second half after Gregor Kobel could only divert a Lewandowski flick into the German’s path. But Dortmund roared back, Marco Reus giving the reigning Bundesliga champions something to worry about in the 64th minute with a rocket.

But Manuel Akanji gifted Lewandowski the chance to add a second just 10 minutes later and, unsurprisingly, the Polish marksman made no mistake, rounding off a 3-1 win.

A different moment in the second half really caught the eye, however. Neuer came bounding out of his box to chest the ball away in trademark style, a Dortmund boot looped the ball back towards him.

Seeing a 50-50 challenge, Haaland leapt into the air and barged Germany’s number one mid-flight, sending him tumbling to the turf.