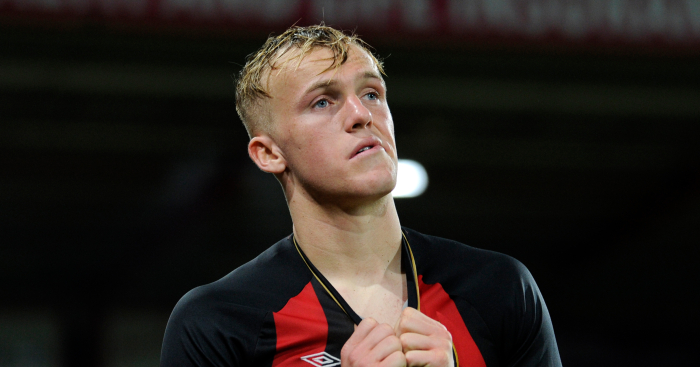 Bournemouth’s youth team may have been beaten 4-1 by their Manchester City counterparts on Tuesday, but young striker Jake Scrimshaw was not going to throw the towel in.

City reached the semi-finals of the FA Youth Cup with a convincing victory at the Vitality Stadium, but Scrimshaw produced one of the most eye-catching moments of the game by showing incredible desire to track back and stop his opponents from scoring a fifth.

While the youngster’s work-rate is particular admirable, we also couldn’t help but notice just how big his legs are.

Ryan Fraser: Another of football’s small dogs underestimated by opponents