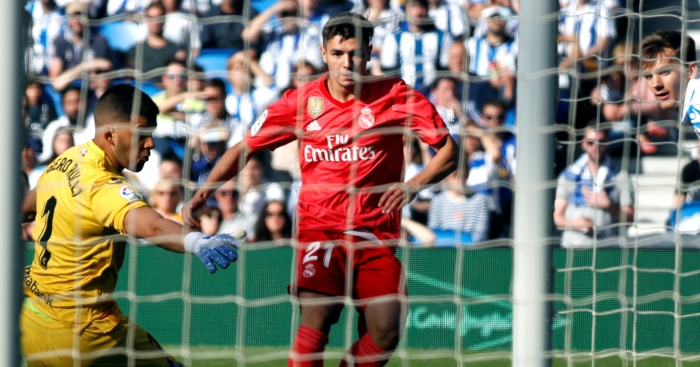 Former Manchester City prospect Brahim Diaz opened his account for Real Madrid on Sunday with an incredible solo goal which even Lionel Messi would have been proud of against Real Sociedad.

Diaz was signed by Real Madrid in a £15.5million deal in January despite the attacking midfielder making just five appearances for City in the Premier League.

The 19-year-old is tipped for big things and made his 10th appearance for Real Madrid by starting against Real Sociedad on Sunday – with Los Blancos certain to finished third in La Liga.

And Diaz made an instant impression by opening the scoring early on with a sensational individual goal.