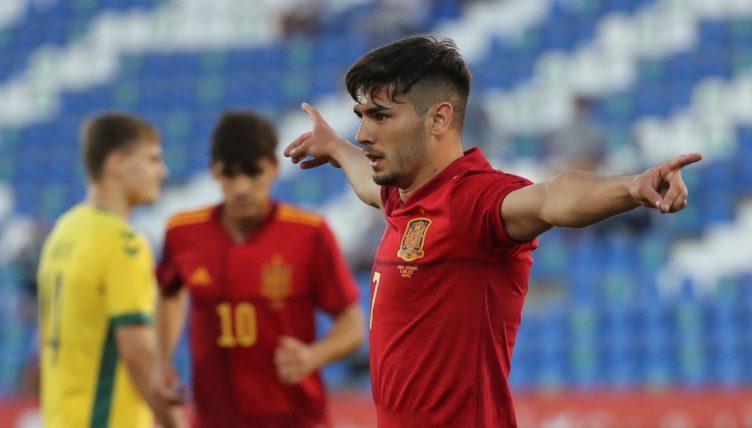 Spain‘s preparation for Euro 2020 has been less than ideal in the final week ahead of the tournament after key midfielder Sergio Busquets tested positive for Covid-19.

Fortunately for coach Luis Enrique, the rest of the La Roja squad tested negative and should have no problems featuring in their group stage opener against Sweden next Monday. But they’ve been forced into a period of isolation, affecting the work they’ve been able to do in training.

It also meant that none of the senior players in Luis Enrique’s 24-man squad were able to feature in their final scheduled pre-tournament friendly, at home to Lithuania on Tuesday evening.

But because of the last-minute nature and financial implications, the game went ahead anyway, with a number of Under-21 players making their official senior international debut – and they took the opportunity with a lively performance and a 4-0 win.

Valencia centre-back Hugo Guillamon, forward Brahim Diaz, whose immediate future is up in the air, after impressing on loan at AC Milan from Real Madrid, Barcelona left-back Juan Miranda and Espanyol forward Javi Puado found themselves on the scoresheet. Guillamon, Brahim and Miranda are all 21 years old, while Puado recently turned 23.

Here are all four goals: