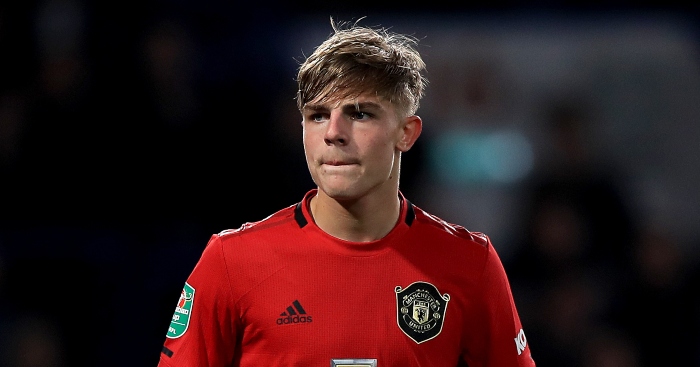 Brandon Williams continued his promising start to his Manchester United career with another positive showing at left-back in the 2-1 victory at Chelsea in the League Cup.

Williams, still just 19, has broken into United’s first team under Ole Gunnar Solskjaer this season, making five appearances in all competitions to date.

The defender played the full 90 minutes of United’s 2-1 win at Stamford Bridge, secured thanks to two goals from Marcus Rashford, the second of which saw the striker convert a stunning free-kick.

And Williams once again impressed, refusing to be overawed by facing Callum Hudson-Odoi, who switched to the right flank midway through the match only to be given a warm welcome by new opponent, who threw the winger into the stands.

Brandon Williams not messing about 💪pic.twitter.com/EtBsemlPAQ

‘Brave as a lion’: All you need to know about Man Utd hope Brandon Williams