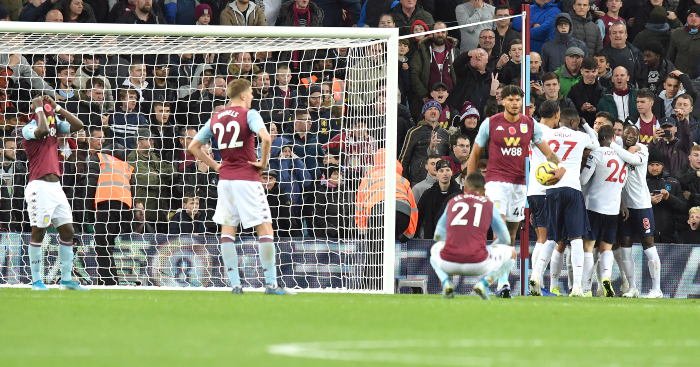 Liverpool’s unbeaten run in the Premier League appeared to be coming to an end as Villa led for the majority of the match following Mahmoud Hassan’s 21st-minute opener.

Firmino had a potential first-half equaliser controversially ruled out by VAR but the Reds battled until the very end and got their reward when Andy Robertson headed home Mane’s cross in the 87th minute.

The drama did not finish there as Mane scored with a header in the 94th minute – with Firmino bravely seeming to pick a fight with Van Dijk in the celebrations.