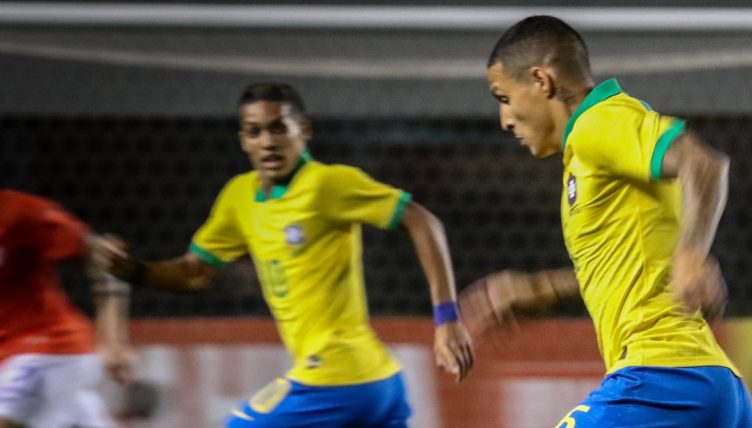 Nearly two decades have passed since Brazil last won a World Cup, with increasing question marks in recent years over the nation’s ability to keep producing the very best footballers in the world.

But things have looked brighter in recent years; the Selecao are the current holders of the Copa America, and put in a more competitive showing at the 2018 World Cup. Brazil coach Tite has world-class players at his disposal in most, if not every, position.

And on the evidence of Brazil Under-23’s 3-0 friendly victory over Serbia, the future also looks bright – two of the goals in particular were absolute stunners.

The opener, scored in the 33rd minute by Atletico Mineiro left-back Guilherme Arana, was a sweetly struck far-post volley, but he was arguably outdone by Flamengo striker Pedro, who notched the second and third.

The third goal was a wonderfully impudent flick, delicately prodded home past the goalkeeper with a stylish pirouette.

Watch both goals below: