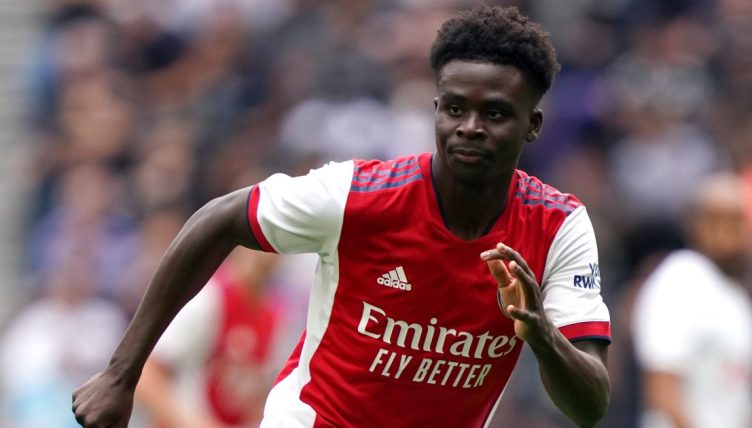 Friday night may have been a bad one for Arsenal, but it was a good one for decency and humanity as Brentford fans demonstrated their solidarity with Bukayo Saka, who was racially abused after missing a penalty for England in the Euro 2020 final.

On their return to the English top flight after 74 years, Brentford won 2-0 over the Gunners at the Brentford Community Stadium.

One of the moments of the game came in the second half, as Bukayo Saka was substituted on in place of Folarin Balogun.

As had happened in Arsenal’s pre-season North London derby at the Tottenham Hotspur Stadium, fans rose as one, applauding the Arsenal youngster on. As they did, the Sky camera fittingly panned to a sign that read, “Bees fans against racism.”

After performing excellently for England all summer at the Euros, Saka missed a penalty in the final against Italy, following which he received a torrent of disgusting racist abuse over social media.

Here, the Brentford fans were showing their appreciation for Saka and rebutting the racists. Let’s hope that fans across the country continue to do the same.

A standing ovation for Bukayo Saka 👏

What a moment ❤️ pic.twitter.com/aAL0hIigl0