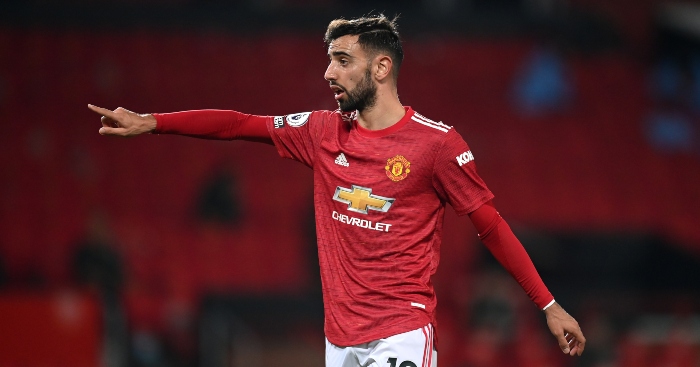 Bruno Fernandes and Marcus Rashford linking up is something we’ve seen plenty of times for Manchester United already this season.

That was the case again as the Red Devils faced Leicester City in the first of the Premier League’s Boxing Day matches.

It didn’t take long, as the Portuguese midfielder played a sumptuous pass for Rashford within two minutes of kick-off – so quick that anyone with a severe hangover from Christmas probably missed it.

There was to be no early advantage for Ole Gunnar Solskjaer’s side though, as Rashford headed what looked like a fairly simple chance over the bar.

Even if it didn’t lead to an assist, Fernandes’ pass was delightful to watch. He delivered the ball so nonchalantly but with such pinpoint accuracy to put the chance on a plate.

Rashford did make up for the error in front of goal though, as the 23-year-old got on the end of another Fernandes pass to score the game’s opening goal in the 23rd minute.

15 minutes gone, and this was the biggest chance of the game so far!

Marcus Rashford couldn't believe he missed that one 🤦‍♂️

What a start this would have been for the visitors… pic.twitter.com/UpBmI2Ixos