Watch: Brilliant BTS footage shows how Sergio Ramos leads from the back 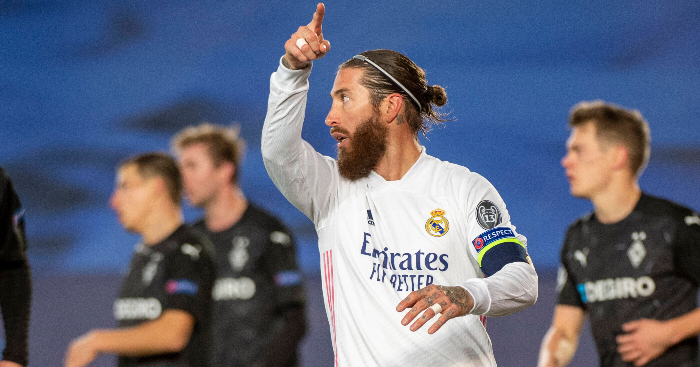 Sergio Ramos might be one of football’s most divisive characters but his leadership skills at Real Madrid cannot be denied – as this excellent behind-the-scenes footage demonstrates.

The 34-year-old Los Blancos skipper has missed some important games lately and his absence was felt particularly keenly in the Champions League defeats they suffered home and away against Shakhtar Donetsk.

But he was back for their final group stage match against Borussia Monchengladbach, where defeat could have cost them a place in the last 16 for the first time in the Champions League era.

Ramos put in a brilliant performance at the back to help set the tone for Madrid, who put in arguably their best performance of the season in a comfortable 2-0 win, and this close-up footage shows exactly how he leads from the back.

You don’t need to understand Spanish to see what kind of character he is on the pitch.