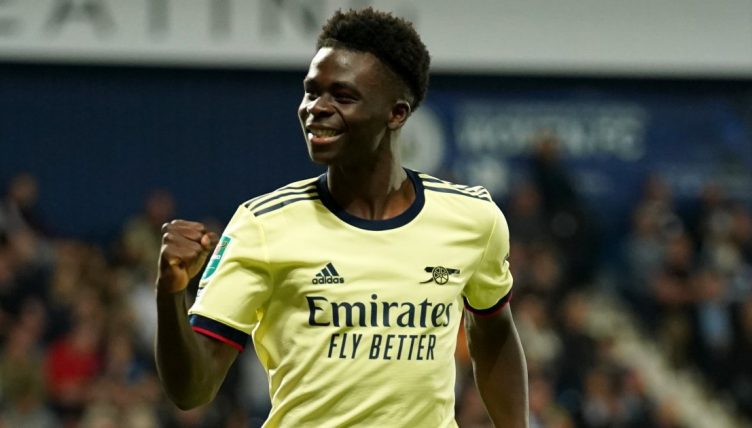 The start of the season may not have been great for Arsenal but in Bukayo Saka they have a ray of hope and he showed just why with some wonderful skill against West Brom in the Carabao Cup on Wednesday night.

Saka received a pass on the halfway line just before half-time, with Arsenal already two to the good. But the young England star was not content to sit on the lead going into the break.

After controlling it with his first touch, Saka knocked the ball to one side of young West Brom centre-back Caleb Taylor and ran around the other, before intelligently laying it in for Pierre-Emerick Aubameyang.

Aumbameyang fluffed his shot, but he managed to work the ball to Nicolas Pepe, who prodded it home with the studs of his right boot.

Arsenal turned it into a rout in the second half, which will go some way to appeasing their fans after two 2-0 defeats in their opening two Premier League games of the season.