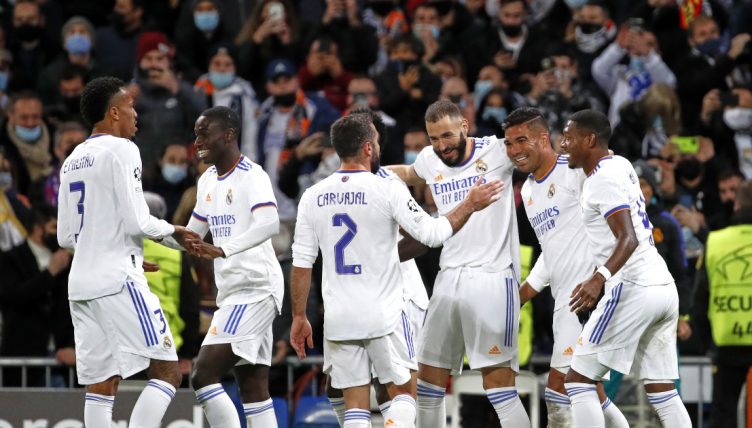 A brilliant Real Madrid team goal included a stunning Casemiro backheel before Vincius Jr and Karim Benzema linked up to give Real a 2-1 Champions League win over Shakhtar Donetsk.

It was Benzema’s second goal of the game and gave Madrid the win over the Ukrainian side as they moved one step closer to qualifying for the knockout stages.

The move began with a delightful Modric outside of the boot dink to Vinicius who then played a one-two with Casemiro, the midfielder backheeling the ball on the turn back into the path of the young Brazilian.

Vinicius then passed across to Benzema who fired home to complete the dazzling move.

It was the second time in the game that Vinicius had assisted Benzema with the two having an impressive season so far with 22 goals being scored between them.

Madrid are top of their Champions League group with two games to go and lie second in La Liga with a game in hand over leaders Real Sociedad.

A celebration of Roberto Carlos and kicking the ball really, really hard