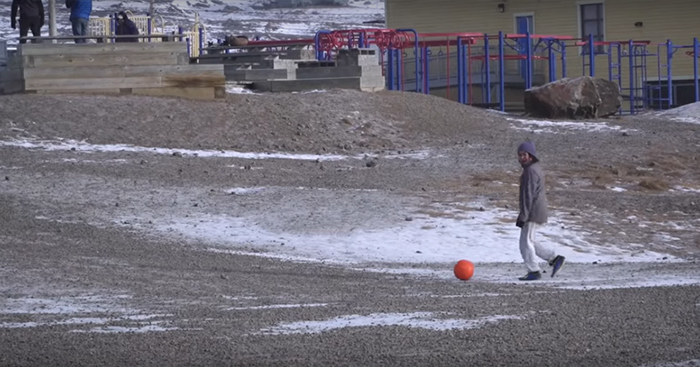 In Nunavut, in the Canadian Arctic, the suicide rate is almost 10 times the national average. In one of the world’s most remote regions, the joy of a game of football is more important than many could imagine.

Nunavut is the largest in area but the second-least populous of Canada’s provinces and territories, with fewer than 36,000 people spread out over an area of over 1,750,000 km2 according to a 2016 census.

And our friends at COPA90 have commissioned a documentary based around a major youth tournament showing how important football is to the territory.

Adamee Matthewsie sums it up perfectly: “Sports is the fun part of life. You get to exercise, you get to be healthy. All the negative, you sweat it off.

“You just gotta make it, day by day. [Soccer] made me happy. It changed who I am, it changed how I thought of things.

“It made me think that soccer isn’t just a sport, it’s a culture. It’s something you do when you feel down.

“Sport is very important to the young people here in Nunavut because of the suicide rate. I lost a lot of friends to suicide and it’s very sad, emotional and hard, but you just gotta get through it and make sure none of your friends do the same.

“When your team-mate feels down, you gotta pick him up off the ground and put him on the right road.

“When you’re on the soccer field and you’re losing, don’t feel down, just be happy you’re there. It doesn’t matter if you win or lose, all that matters is you’re having fun.”

Watch the brilliant documentary below.