Watch: Brilliant run and skill from Anthony Martial against Huddersfield 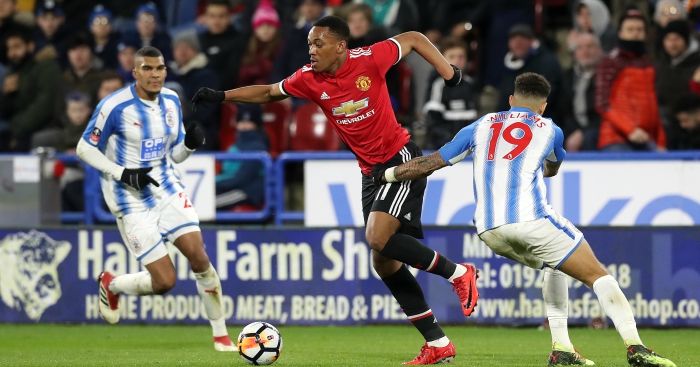 Manchester United defeated Huddersfield Town in the FA Cup on Saturday to progress to the quarter finals.

A brace from Romelu Lukaku either side of half-time saw United avenge their league defeat in West Yorkshire earlier in the season.

The game was marred by controversy surrounding the Video Assistant Referee as a Juan Mata goal was disallowed for offside but TV replays showing lines to help judge the offside which weren’t straight.

It also opened up the discussion about the use of VAR, which is only supposed to be used to overturn clear and obvious errors – which this marginal offside call was not.

Meanwhile United were also without midfielder Paul Pogba, as he was sidelined by a mystery illness.

The club released a statement before the match saying he wouldn’t be involved due to illness, but manager Jose Mourinho revealed that he had no idea about the situation – and intended to start the Frenchman.

While all this was happening, though, Pogba’s countryman Anthony Martial displayed a tremendous piece of skill as he went on a mazy 60-yard run.