Watch: Brilliant selection of goals nominated for EFL goal of the year 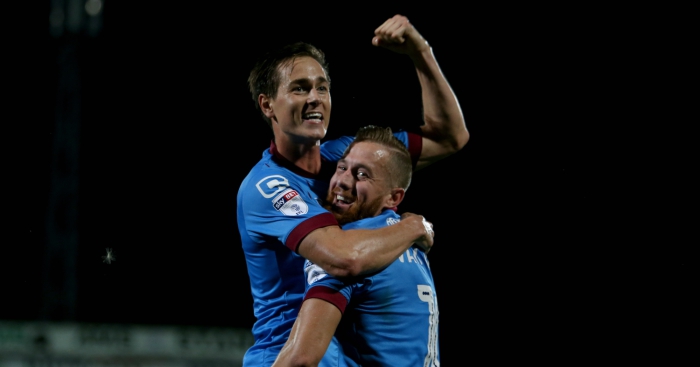 Former Celtic, Liverpool and Newcastle players find themselves amongst the Mitre goal of the year contenders for 2017.

The list includes Millwall and Sheffield Wednesday men as well as an on-loan Everton midfielder, with the winner of the award down to a public vote.

Former Newcastle midfielder Rob Lee’s son Oli makes the list for a wonderful goal he scored for Luton Town, which emulated the goal scored by Xabi Alonso in that famous FA Cup tie.

Everton loanee Joe Williams is also among the nominees after he netted a stunning volley for Barnsley in an away match at Burton Albion.

And former Liverpool academy forward Paul Mullin finds his way into the top 10 – one of two Morecambe entries – thanks to his brilliant turn and thunderous strike away at Leyton Orient.

You can watch the top 10 of the highest quality below, and also vote for your winner via the EFL website.