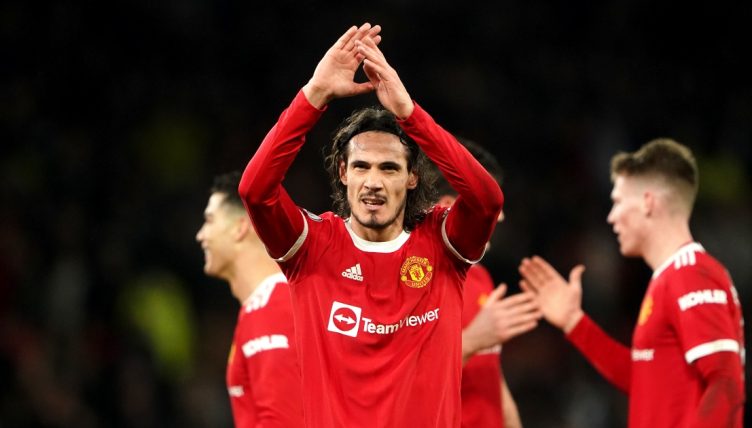 Marcus Rashford’s late winner for Manchester United against West Ham sparked wild celebrations on and off the pitch at Old Trafford.

The game looked set to end as a goalless draw until Edinson Cavani put the ball on a plate for Marcus Rashford to tap it in at the far post in the 93rd minute.

After watching the ball hit the back of the net, Cavani celebrated wildly with a knee slide before being joined by his team-mates.

During the celebrations, Scott McTominay falls to the floor, Bruno Fernandes screams in front of the United fans and Alex Telles punches the corner flag.

“I also enjoyed the other wins, also the win at Brentford, which was as important as the win today, but this was an extremely emotional game,” Ralf Rangnick said after the game.

“An extremely emotional moment if you score in the last second of the game, knowing that there is no time anymore for the other team to reply.

“It was extremely emotional, I can only say thank you to the red army. The way that they supported the team all through the game – they pushed us and carried us through the game. It was amazing.

“Since I have arrived, in home games it was by far the best atmosphere in the stadium.”