Watch: Bruno Fernandes argues with referee on the pitch at half-time 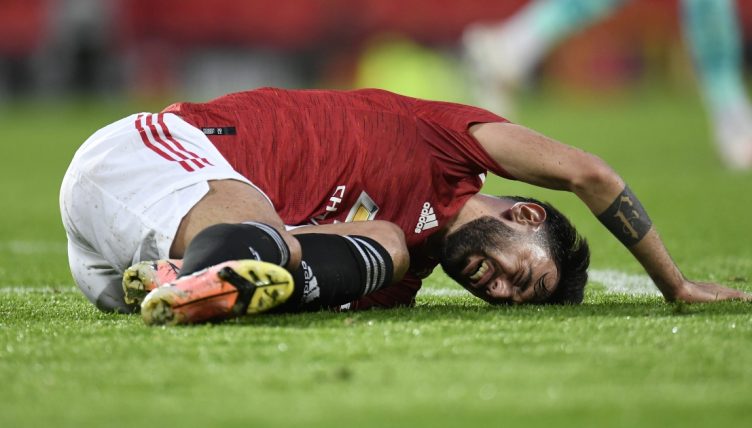 Manchester United talisman Bruno Fernandes was seen arguing passionately with the match officials during half-time of their match with Liverpool.

Fernandes had given United the lead in the rearranged Premier League match after his shot took a hefty deflection in off Nat Phillips.

But Liverpool turned the game around and goals from Diogo Jota and Roberto Firmino gave the deposed champions a 2-1 lead heading into the break.

The Portugal international was incensed with referee Anthony Taylor and used his fingers to point angrily at the referee.

Taylor seemed nonplussed but Fernandes continued his argument with the officials as he walked off the Old Trafford pitch.

We’re not quite sure what Fernandes was saying to the officials, especially as they denied Liverpool two first-half penalties that we’ve seen given in the past.