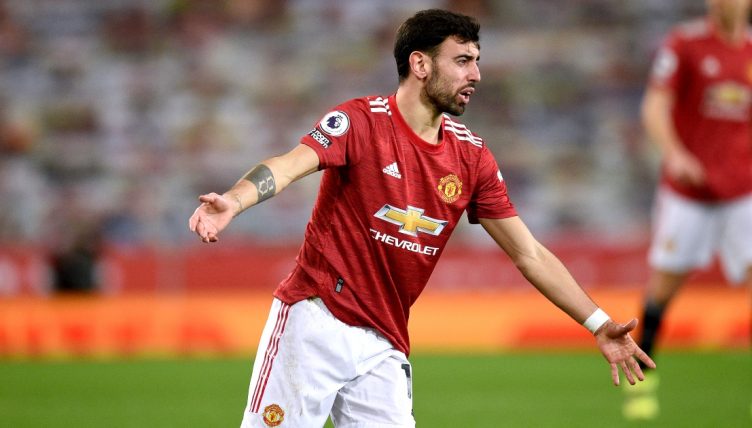 Manchester United talisman Bruno Fernandes was booked after getting into a scrap with Issac Hayden during their game with Newcastle.

Fernandes has been in fine form this season but was ineffective during the first half of a match United were expected to dominate.

After Marcus Rashford had given them the lead, Allan Saint-Maximin levelled the game for Newcastle.

Soon after, the Portugal international lost his rag Hayden fouled him and kicked the ball against his leg.

As the players clashed, their team-mates ran to separate the pair and diffuse the situation.

But this didn’t stop referee Paul Tierney from showing a yellow card to both Fernandes and Hayden.