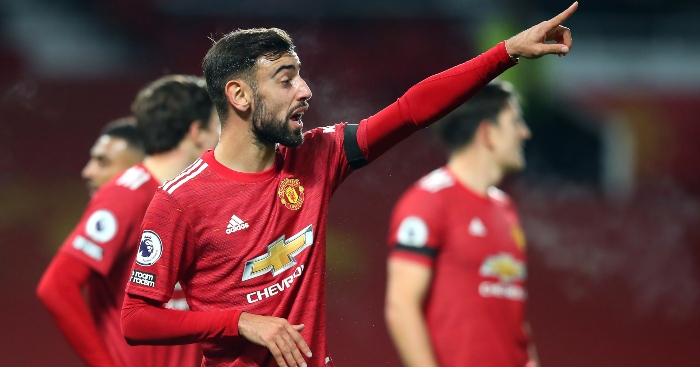 Manchester United weren’t at their best during their 1-0 win over West Brom – but Bruno Fernandes made the difference yet again.

United had failed to win any of their opening four Premier League games this season and struggled to break the deadlock at Old Trafford.

Fernandes created their best opportunity of the first half with a brilliant pass over the top to Juan Mata but they failed to take advantage.

The Portugal international looked to have conceded a penalty shortly after the restart when he was penalised for a foul inside the area, only for VAR to overturn the decision.

United were awarded a penalty of their own moments later when Darnell Furlong was adjudged to have handled the ball inside the area.

Fernandes missed his initial attempt but the spot-kick was retaken after Sam Johnstone came off his line, and he made no mistake with his second effort.