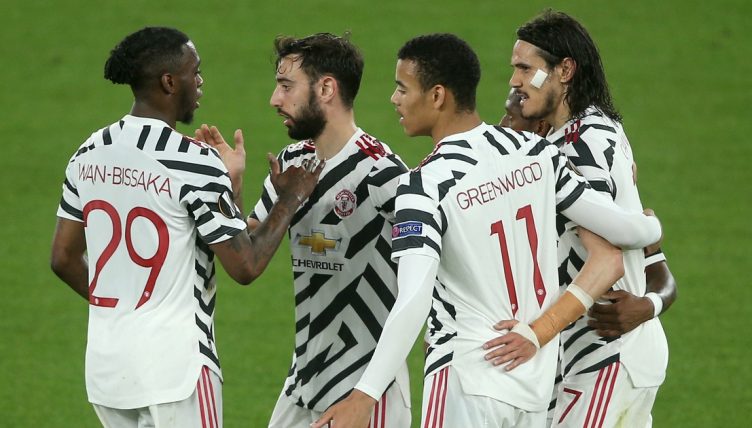 Bruno Fernandes and Edinson Cavani looked at the peak of the powers as Manchester United thrashed Roma 6-2 in the first leg of their Europa League semi-final, and they were at it again in the second leg at the Stadio Olimpico.

United’s place in the final was all-but already booked when they travelled to the Italian capital, and Cavani put it beyond doubt when he opened the scoring in 39th minute of the second leg.

The Uruguayan showed why he’e one of the most prolific No.9s of the modern era by making no mistake with his finish when he was played through, notching his sixth goal in his last six appearances.

But the outstanding individual moment came in the build-up, with one perfect touch from Fernandes. The playmaker received the ball from Fred, playing a lovely cushioned pass back to the Brazilian, who broke into space and was able to play in Cavani.

An emphatic finish from Edinson Cavani! 💥

That flick from Bruno 🤤 pic.twitter.com/R1PSnvFdGB