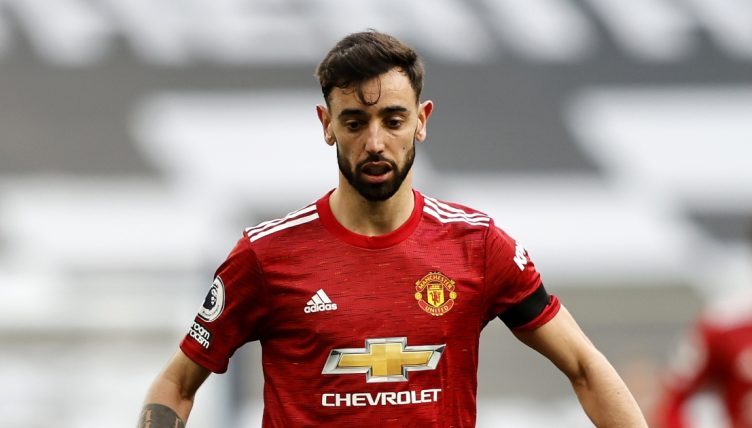 Bruno Fernandes hilariously shoved Fred to the floor while celebrating the latter’s goal during Manchester United‘s 3-1 win at Tottenham.

It was a rollercoaster of a match for United. The first half-hour was deathly dull until everything kicked off following the disallowed Edison Cavani strike.

Trailing at the break, Ole Gunnar Solskjaer’s team simply trounced their opponents in the second half and goals from Fred, Cavani and Mason Greenwood capped an impressive win.

Our eyes were drawn to the celebration of Fred’s equaliser, especially the reaction of Fernandes.

The United talisman went over to congratulate his teammate who was standing up after a knee slide. In endearing fashion, Fernandes shoved Fred back to the floor.

It was a signature of approval in his own unique way.

United’s win closes the gap to leaders Manchester City down to 11 points with a game in hand. They couldn’t, could they?

loooool Bruno is too funny pic.twitter.com/JK1cWVPrmk