Watch: Bruno ignores Ronaldo on the counter to score for Man Utd 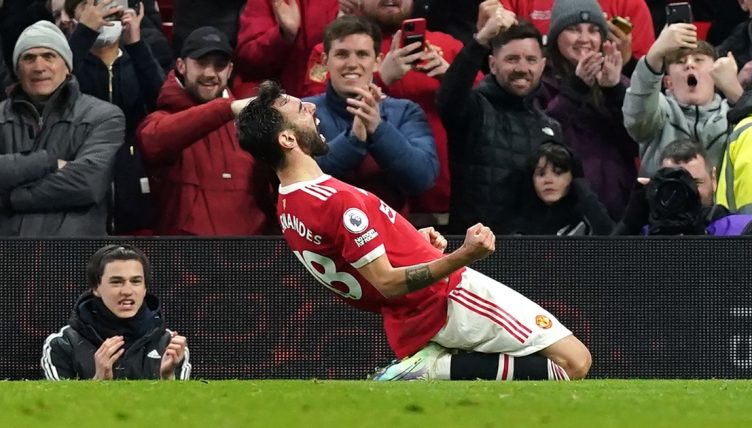 However, Cristiano Ronaldo – who netted the first goal against the Seagulls – may not be best pleased with his fellow Portuguese team-mate who opted to score himself rather than provide an assist.

Ronaldo was on hand for a simple finish should Fernandes have slipped the ball to the 37-year-old to tap home from close range. It’s perhaps surprising the midfielder ignored goal-hungry Ronaldo given his impressive assist record while at United.

Ronaldo’s deadlock-breaking strike early in the second period ended an unusually extended run of six games without a goal – the forward’s last strike before tonight coming in December against Burnley.

With a goal already under his belt, and a win all-but secured as Fernandes raced away on the break, it’s likely Ronaldo will not be overly upset that his compatriot chose to make sure of the three points on his own.

Ralf Rangnick will be pleased his team have returned to winning ways following consecutive draws in the league, especially stopping the rot by triumphing against a side he ranks highly.

“They are probably one of the three best teams in the Premier League in possession of the ball. It’s not so easy to take the ball away from them, even for top teams like Liverpool,” Rangnick explained in his pre-match press conference.