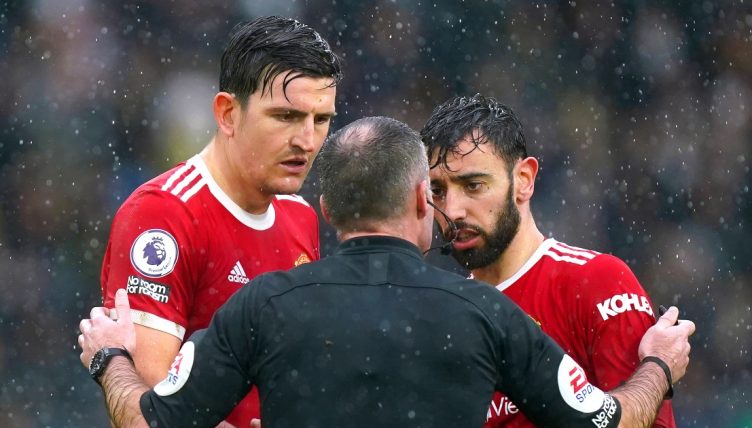 Bruno Fernandes has defended a recent Instagram post that some perceived as a sly dig at Manchester United captain Harry Maguire, in a wonderfully honest interview after their 4-2 victory away to Leeds United.

There have been a lot of stories circulating in recent weeks about there being unrest in the United dressing room. Marcus Rashford took to Twitter to dismiss claims of a lack of unity in the squad when Christian Falk – a Bild journalist – reported that English players in the camp feel irritated by Cristiano Ronaldo’s desire to lead.

Maguire has failed to replicate his impressive performances for England in the summer at club level this season. And last week, Fernandes posted a picture of Eric Bailly and Raphael Varane together captioned: ‘Feel very safe between these two.’

However, following Sunday’s Premier League victory against Leeds United, Fernandes banished such suggestions and showed his support to the centre-back who opened the scoring at Elland Road.

“I posted a photo on Instagram where I was [pictured] with Rapha [Varane] and Eric [Bailly] and I said, ‘I feel very secure in the middle with these two’, meaning, ‘security’ like if [someone] comes they are like my bodyguards. And people were complaining [that] I was throwing something at Maguire.

“People want to complain and want to make stories around us, but the most important [thing] is that we stick together and do our jobs on the pitch.”

Every time I think I cannot love Bruno more but he does something that makes me love him more. This interview being the perfect example 👇🏻 pic.twitter.com/j5eczeUkVd