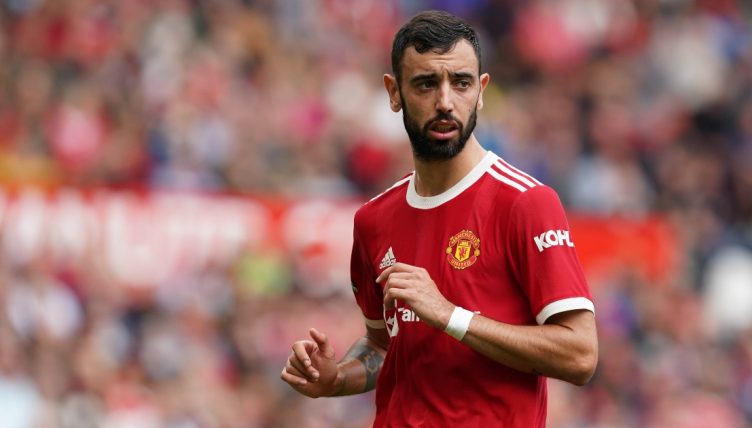 Manchester United‘s Bruno Fernandes hit an almost perfect free kick while warming up for his side’s game against Aston Villa at Old Trafford on Saturday.

Fernandes, who is currently United’s joint top scorer with four Premier League goals so far this season, was spotted curling the pinpoint accurate set-piece in off the crossbar shortly before kick-off against Dean Smith’s side.

The quality of his finish will not have been a surprise to the Old Trafford faithful; the Portuguese star has become known as somewhat of a dead ball specialist since joining the Red Devils in January 2020, having scored 21 times for the club directly from either penalties or free kicks.

Unfortunately for the 27-year-old, though, his goal in the warm-up may well have been the highlight of his afternoon as his side went on to succumb to a 1-0 defeat to Villa. Fernandes missed a perfect opportunity to level things up with a rare penalty miss in injury time.

The loss, United’s first of the Premier League season, saw them fall to 4th on the table.