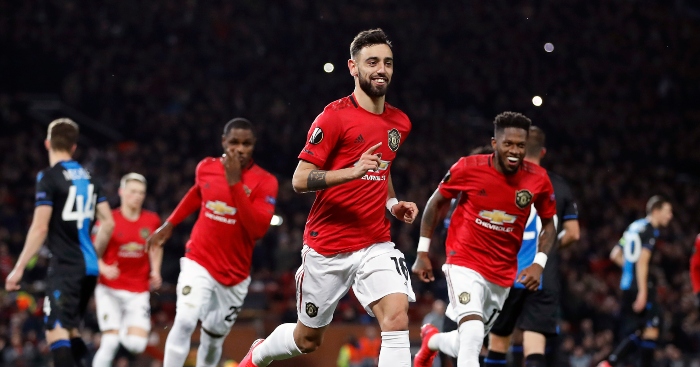 Bruno Fernandes has had an amazing start to his Manchester United career – and he showcased his brilliant skills against Everton.

The Toffees took an early lead after David de Gea’s clearance rebounded off Dominic Calvert-Lewin and bounced into the net.

Bruno Fernandes then fired past Jordan Pickford from 20 yards and the midfielder now has three goals and two assists in his first five starts for the club.

As United looked for a winning goal in the second-half, Fernandes picked up the ball on the left wing and drove towards the penalty area.

The 25-year-old faced up against Everton’s Djibril Sidibe before cutting inside and leaving the defender on a heap on the floor.

A late Everton goal was controversially ruled out by VAR in the second-half and the two sides had to settle for a draw.