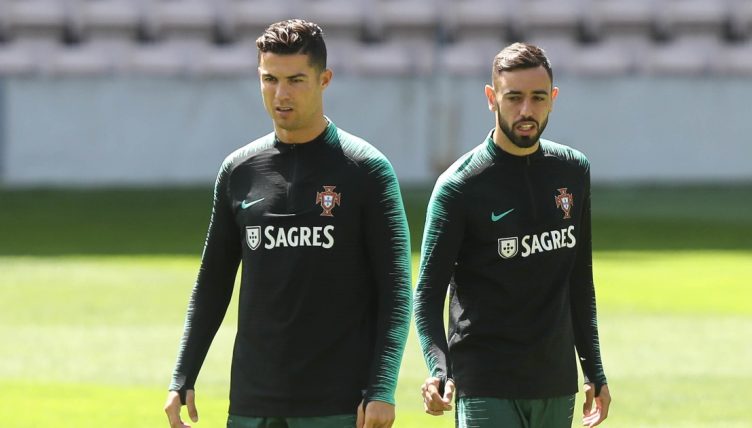 Bruno Fernandes is evidently thrilled to have his Portugal team-mate Cristiano Ronaldo joining him at Manchester United.

United fans have chosen the right moment to unearth the clip of Fernandes messing about with Diogo Dalot – another of United’s Portuguese contingent – from last year. Dalot’s between the sticks but is unable to stop the playmaker’s lethal shot into the bottom corner of the net.

Fernandes then jumps around and emulates Ronaldo’s famous celebration, complete with shouting ‘SIUUU’ at the camera.

It will be interesting to see how the pair link up at Old Trafford in the coming season, given their experience of playing together at international level.

Meanwhile, Fernandes scored a penalty in Portugal’s friendly 3-1 victory over Qatar last night – but he might not get many opportunities to score spot-kicks with Ronaldo likely to take them once again at the club level.

Ronaldo was absent last night, and will miss the upcoming qualifier against Azerbaijan due to suspension; he’s already back in the UK preparing for his second United debut, away to Newcastle next Saturday.

Watch: Bruno Fernandes scores penalty in the absence of Ronaldo