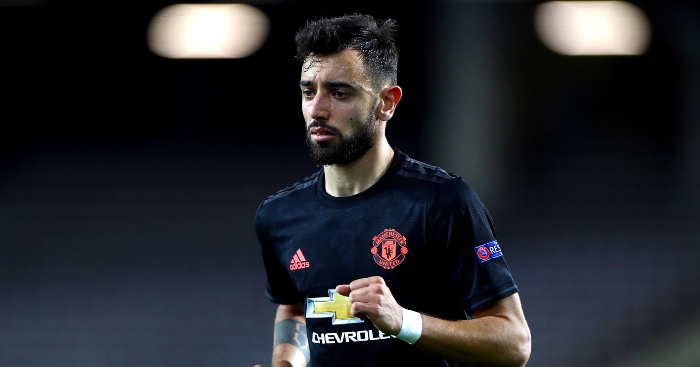 Manchester United cruised to a 5-0 win at LASK in the Europa League – but it was a Bruno Fernandes flick that caught our attention.

Odion Ighalo put United in front in Austria by juggling the ball before dispatching a half-volley into the top corner off the underside of the crossbar.

Ole Gunnar Solskjaer’s side continued to dominate the game and Daniel James doubled their lead in the second half with his first goal since August.

Ighalo was inches away from getting his second of the game when Fernandes set the striker through on goal with a sensational flick, but his effort hit the post.

That flick from Bruno Fernandes🔥 pic.twitter.com/QZ14BRNfKI

Juan Mata, Mason Greenwood and Andreas Pereira then added gloss to the scoreline as United all but confirmed their place in the quarter-finals.