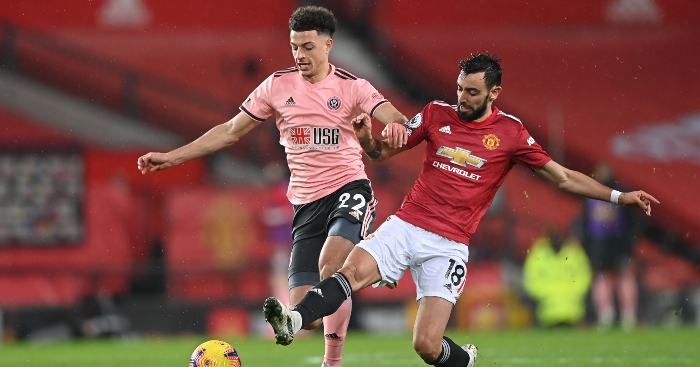 While Bruno Fernandes is renowned for his goals and assists, he displayed his incredible work rate during Manchester United‘s game against Sheffield United.

Despite being in impressive form, United failed to return to the top of the table after suffering a shock 2-1 defeat against bottom-of-the-league Blades.

Anthony Martial has scored just two Premier League goals this season and was criticised for his lack of desire and urgency at Old Trafford.

After giving the ball away in the 67th minute, Martial stood and watched as Ethan Ampadu made the interception and drove forward into United’s half.

Fernandes then showed his commitment to the cause, running back over 40 yards to catch Ampadu before winning the ball back with a brilliant tackle.

The Portugal international has constantly shown that he’s willing to do the hard work off the ball and Ole Gunnar Solskjaer will be hoping that more players follow his lead.