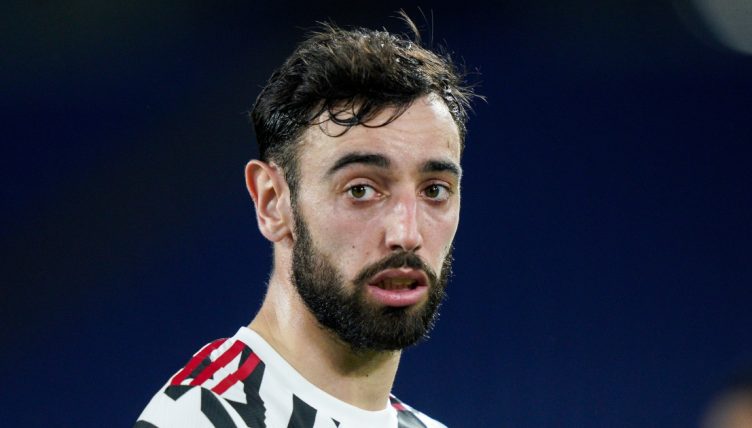 Bruno Fernandes bought back memories of Cristiano Ronaldo at Manchester United with a rapid stepover before scoring in training.

Fernandes has been fantastic since joining United from Sporting Lisbon in January 2020, with pundits falling over themselves to declare him the club’s most transformational signing since Eric Cantona.

But his goal in training on Friday bought to mind another United icon.

Fernandes casually rolled the ball over his foot before busting out a Ronaldo-esque stepover routine that has been preserved in slow motion for your enjoyment.

After this outburst of showboating, the Portugal midfielder calmly slotted his shot past Dean Henderson.

Fernandes recently picked out two United youngsters who he believes have a bright future at United. Speaking to the club’s official website, he said: “Jimmy Garner, I think is a really good player, I really like him and the way he kicks the ball. He’s really aggressive off the ball too.

“[Anthony] Elanga was already playing with us and this pre-season he has been brilliant. He’s a nice kid, works hard and is really humble and I think he’s deserving of everything that’s happening to him.