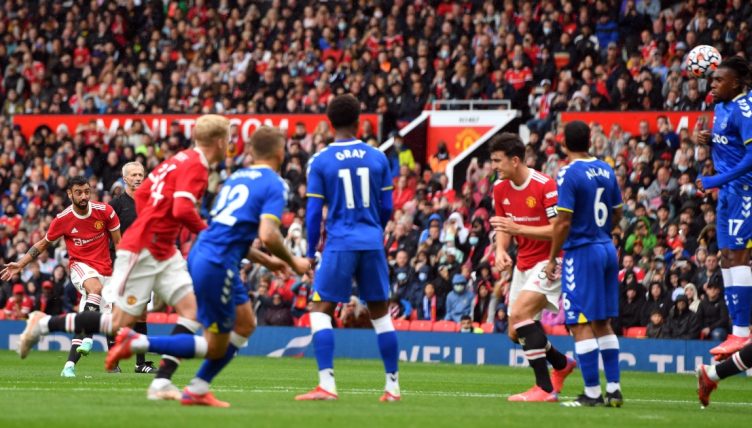 Bruno Fernandes set down a benchmark for the new season with an incredible free-kick during Manchester United‘s 4-0 thrashing of Everton.

Fernandes has been a transformational signing for United since his January 2020 arrival from Sporting Lisbon and registered 30 Premier League goals and assists last season.

And the Portugal international clearly intends to pick up where he left off if this set-piece is any indication.

United faced Rafa Benitez’s Everton at Old Trafford, with both teams looking to fine-tune their preparations before next week’s Premier League kick-off.

But it was Ole Gunnar Solskjaer’s United who ran out convincing winners and Fernandes’ free-kick was the highlight of the afternoon.

They were already leading 2-0 before the midfielder stepped up and belted an unstoppable effort past the Everton goalkeeper.

Expectations are high at Old Trafford this season following last year’s second-place finish and the signings of Jadon Sancho and Raphael Varane.

Good Morning to everyone especially to @B_Fernandes8