Watch: Bruno Fernandes scores penalty in the absence of Ronaldo 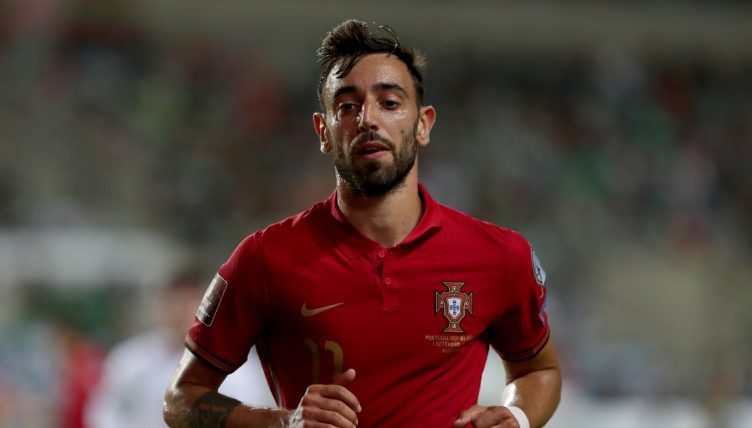 It’s a sight that has been familiar for Manchester United fans and Premier League audiences in recent years: Bruno Fernandes confidently stepping up to slot home a penalty.

But it’s a sight that may become increasingly rare going forward following the return of Fernandes’ Portugal team-mate Cristiano Ronaldo.

United’s new No.7 will almost certainly return to penalty-taking duties, having been a relatively reliable spot-kick taker in his record-breaking career. He did, however, miss a penalty in Wednesday’s World Cup qualifier against the Republic of Ireland.

But Ronaldo made amends by scoring two goals in the last 10 minutes to turn a defeat to victory for Portugal, sending them one step closer to Qatar in the process. However, he was booked for taking his shirt off celebrating his last-minute winner and is suspended for next week’s qualifier against Azerbaijan.

The 36-year-old returned to Manchester to train with his new team-mates ahead of his potential second United debut against Newcastle on Saturday, also missing a Saturday night friendly against Qatar.

A surprisingly tetchy match saw next year’s World Cup hosts reduced to nine men, with Fernandes capping off Portugal’s 3-1 win with a penalty in the closing stages after Liverpool’s Diogo Jota was felled in the box.

We might not see many more of these if Ronaldo has his way.

Breaking down Cristiano Ronaldo’s international goal record: Where, how…