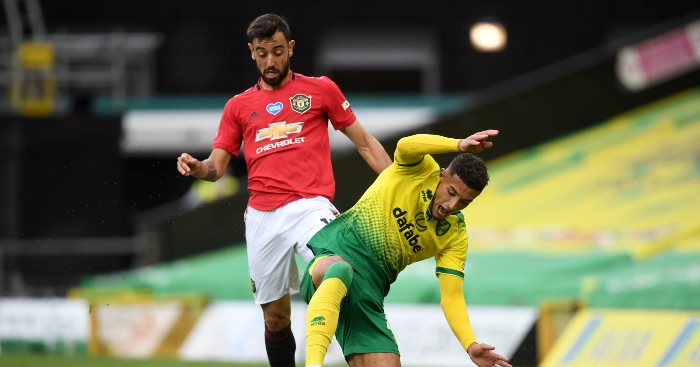 Manchester United progressed to the semi-finals of the FA Cup after a hard-fought victory over Norwich City and Bruno Fernandes showcased his winning mentality.

Fernandes has had a huge impact since joining United in January, registering four goals and four assists in his first 12 appearances for the club.

But the creative midfielder’s enthusiasm and tireless work ethic have also made him a fan favourite at Old Trafford.

With the scores level at 1-1 at Carrow Road, Norwich launched a counter-attack in the 114th minute as they looked to find the winning goal.

But Fernandes, who played the full 120 minutes, took it upon himself to track back and win the ball before passing to Nemanja Matic.

United captain Harry Maguire netted the crucial goal in the 118th minute to book their place in the FA Cup semi-final draw.