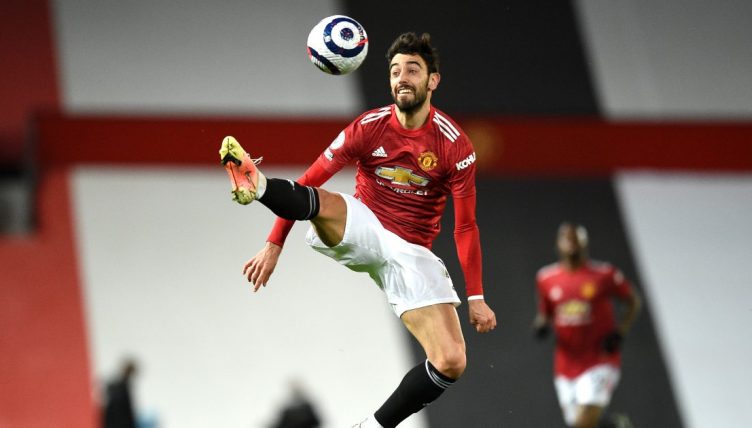 Bruno Fernandes got yet another assist during Manchester United‘s 2-1 win over Brighton – but the real moment of the game came when he produced a stunning first touch.

Brighton took the lead at Old Trafford when former United striker Danny Welbeck nodded in from close range after his initial effort had been saved.

With United looking for an equaliser, Marcus Rashford received the ball in his own half and spotted Fernandes on the right wing.

The Portugal international brought down Rashford’s crossfield pass with what the commentator described as “balletic control” before passing to Aaron Wan-Bissaka.

Fernandes then registered his 11th Premier League assist of the season in the second half, setting up Rashford’s equaliser.

Welbeck thought he should’ve had a penalty after being brought down by Harry Maguire in the 70th minute but VAR didn’t intervene.

Mason Greenwood grabbed the winner eight minutes from the end, and United now have an 11-point cushion in the battle for a top-four place.