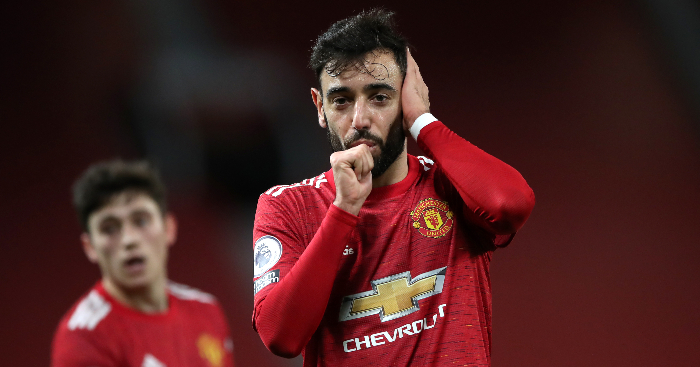 Bruno Fernandes may have only been at Manchester United for less than a year, but he’s already become one of their leaders on the pitch, and he’s proving a mentor too.

There was plenty of attention on Daniel James in the Red Devils’ most recent outing against old rivals Leeds United, the club he nearly signed for back in January 2019.

The 23-year-old instead went to Old Trafford six months later and hit the ground running with some eye-catching performances early on.

But he’s since struggled to make the same kind of sustained impact as Fernandes and has fallen down the pecking order. The Leeds clash was only his fourth Premier League start of the season – and first since October.

His speed on the counter proved a useful asset for Ole Gunnar Solskjaer, helping to exploit a Leeds side that looked to play on the front foot.

James’ solid performance, which included getting on the scoresheet, was perhaps aided by advice from Fernandes.

Supporters online were encouraged to see Fernandes taking the time to give James some advice and instructions following the celebrations for the Portugal international’s first goal, Manchester United’s third after just 20 minutes.

Just give him the armband already, Ole.