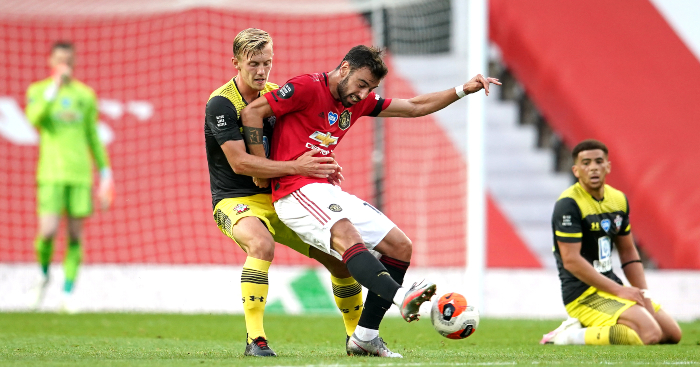 Leading 2-1 for much of the game, United appeared to be leapfrogging Leicester City and Chelsea into third in the Premier League, only to concede an equaliser to Michael Obafemi at the death.

Quick-fire goals from Marcus Rashford and Anthony Martial within three first half minutes of each other put United in the ascendency after Stuart Armstrong had given the visitors the lead.

Pogba was at fault for Armstrong’s goal but almost scored an excellent goal after linking up once more with Fernandes. Admittedly, this is all about Fernandes’ cheeky flick which nutmegged a defender. The lovely b*stard.