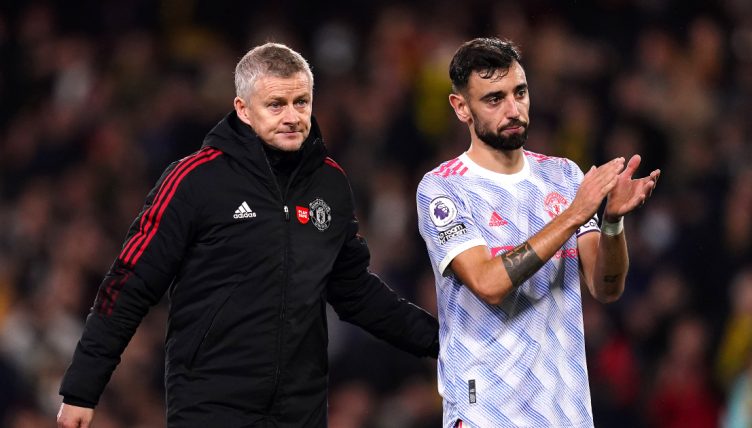 Bruno Fernandes defended his manager Ole Gunnar Solskjaer when a journalist asked him whether coaching was the reason behind United’s dreadful run of form after their horrorshow loss to Watford in the Premier League.

Fernandes didn’t have his best of games for the Red Devils, an early miskicked clearance leading to Watford’s penalty and he missed a good chance to equalise towards the end of the game.

But he was quick to defend his manager when baited into blaming the coach.

“It’s not the coach, not one player or two. It’s everyone.

He also lamented his side’s poor performance in the first half.

“In these kinds of games, it’s not enough playing just for one half,” he said.

“I think the attitude in the second half was there, but the first half was too slow.”