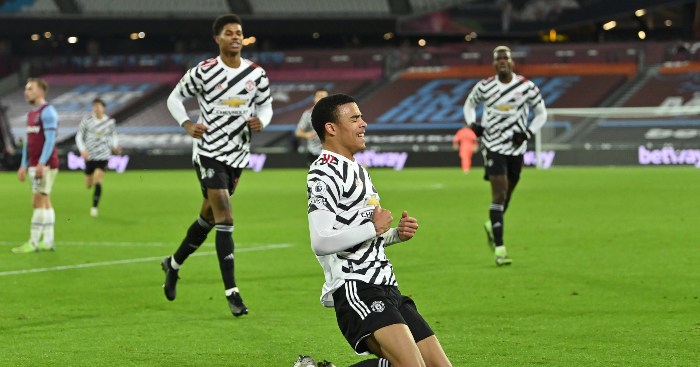 Where would Manchester United be without Bruno Fernandes? For Ole Gunnar Solskjaer and Fernandes’ United team-mates, it doesn’t bear thinking about.

Fernandes was left on the bench for United’s trip to West Ham on Saturday, with Solskjaer no doubt having one eye on the Red Devils’ crunch Champions League clash with RB Leipzig in midweek.

But with his side 1-0 behind at half-time and struggling in east London, Solskjaer summoned Fernandes from the bench at half-time and the midfielder duly obliged by working his magic to inspire the visitors to a 3-1 victory.

Paul Pogba, Mason Greenwood and Marcus Rashford got the goals, but Fernandes was talismanic after entering the fray.

The Portuguese international’s cheeky backheel in the build-up to Greenwood’s goal was beautiful, although not as beautiful as his passionate celebration once the forward had put the ball into the back of the net.