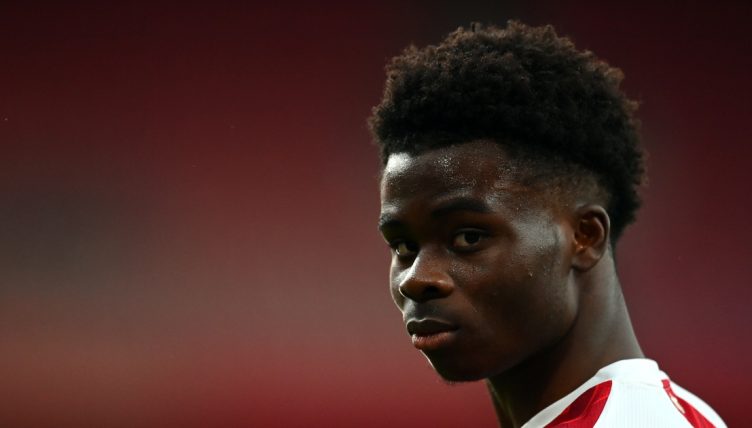 Bukayo Saka missed a glorious one on one chance to open Arsenal‘s account in their Europa League quarter-final against Slavia Prague.

During a difficult season at Arsenal, the continued emergence of Saka as a footballer of immense potential has been a rare plus point.

But Saka, who made his England debut in October, should have opened the scoring during Arsenal’s Europa League tie on Thursday night.

Defender Rob Holding beat the Czech champion’s offside trap with a through ball that Saka ran on to.

The 19-year-old was clean through with only the goalkeeper to beat. After drifting inwards from the right flank, Saka curled his shot agonisingly past the post.

It was a glaring miss and Saka temporarily held his head in his hands after his failure to score.

But we’re sure Saka won’t let this miss affect him for too long.