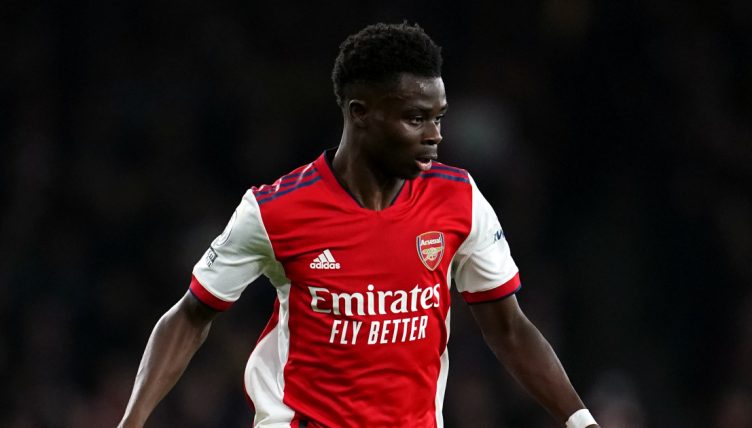 It came during an impressive period of Arsenal dominance around the half-hour mark and was the highlight of an impressive passing display which nearly resulted in the opening goal for the Gunners.

The move began when Masuaku was pressed into passing the ball out of play. From the resulting throw, Arsenal began to build up from deep.

Particularly notable was how impressive Takehiro Tomiyasu was throughout the passage, and indeed the whole match. He looked more than confident on the ball and was able to dictate play on the right-hand side of the Arsenal midfield.

The move eventually resulted in Saka being isolated with Masuaku on the far-right of the pitch. One on one, Saka rolled the ball before poking it through the West Ham defender’s open legs and driving forward.

It drew in another West Ham defender, creating a pocket of space for Tomiyasu who Saka found.

The Japanese defender then sent a dangerous ball into the West Ham box which Alexandre Lacazette was able to head down to Gabriel Martinelli, although the Brazillian was unable to turn and shoot.

Not satisfied with that one phase of play, Arsenal went again which resulted in Martin Odegaard and Martinelli linking up in the box but to no avail once again.

Arsenal’s breakthrough eventually came in the 48th minute when Lacazette provided for Martinelli, who had threatened all game. Despite Lacazette missing a penalty, Arsenal’s victory was confirmed when they scored a second through Emile Smith Rowe towards the end of the game.

The win saw them leapfrog West Ham and take fourth place, although Manchester United and rivals Spurs all have games in hand that could see them go ahead of the Gunners.