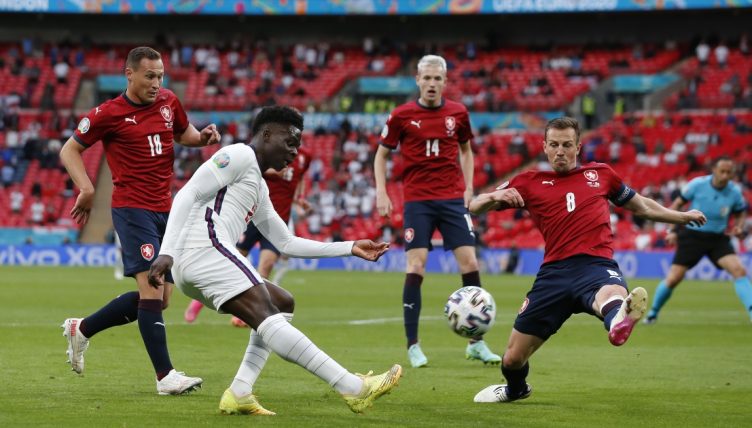 Arsenal youngster Bukayo Saka has impressed during Euro 2020 so far and left impressed when defending against Jack Grealish during an England training session.

Saka didn’t feature in England’s first two matches but shone with his attacking play during the final group game against the Czech Republic.

And the 19-year-old from Ealing demonstrated that the defensive side of his game is just as strong.

Faced with Grealish, who also came into the side against the Czechs, Saka shepherded and harried his team-mate away from goal.

The Aston Villa man had no answer to Saka’s tenacity and biting tackles and ended up losing the ball following the duel.

Saka will be hoping the watching Gareth Southgate was sufficiently impressed to retain him in the starting line-up for Tuesday’s crunch match against Germany at Wembley.