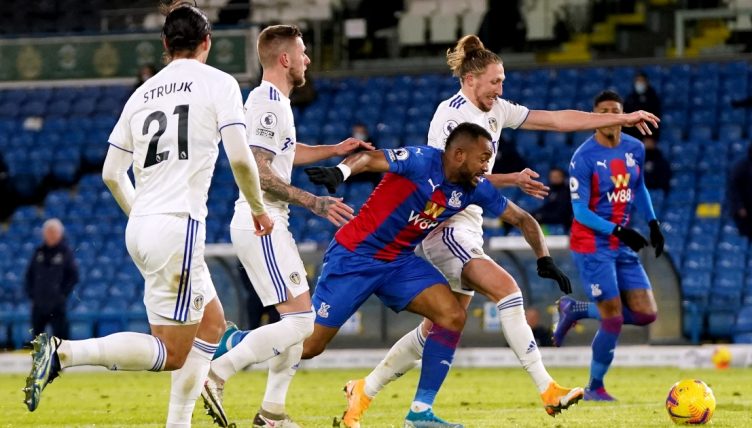 Leeds United‘s 2-0 victory over Crystal Palace on Monday evening will have pleased Marcelo Bielsa in more ways than one.

Not only did Leeds deal much better with Palace’s counter-attacking threat than they did in the reverse fixture, a 4-1 defeat at Selhurst Park back in November, but the three points saw them move about Arsenal into the top half.

Dominating the ball and setting the tempo in the opposition half, Bielsa’s men were rewarded for their endeavour early in each half with goals from Jack Harrison and Patrick Bamford, with their energetic pressing game pivotal in winning the ball in Palace’s half in the build-up to each.

Even after one of their most comfortable and balanced wins of the season was all but secure as the clock ticked into the final 60 seconds of injury time, Leeds continued to play in the same manner.

Making us feel guilty for watching along with a pizza and lager, six Leeds players went stampeding up to the Palace box in search of a third goal, but when the ball was cleared and the opposition could break, they all instantly started racing back like a pack of wild dogs, making sure it led to nothing.

With moments like this, it’s not difficult to see why they’ve earned so many plaudits this season.

Nothing to see, just Leeds United players in the 92nd minute, 2-0 up and showing they’re well and truly burnt out again pic.twitter.com/3gd3Bz3sai

Can you name every player to feature in Leeds United’s title-winning 1991-92?