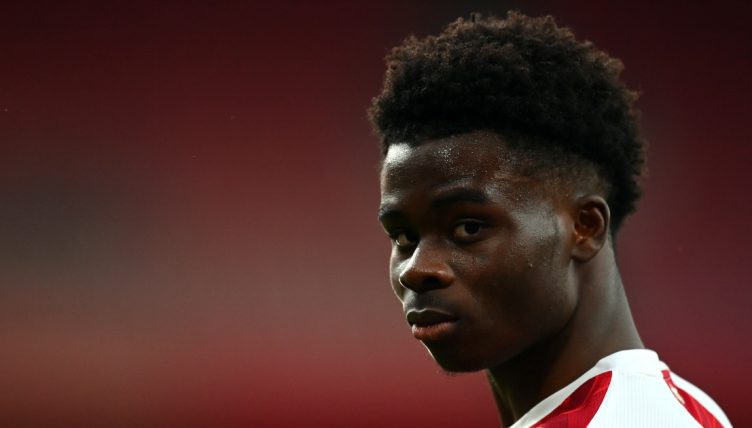 Arsenal were rampant during the first half of their Europa League match at Slavia Prague – as seen through their brilliant third goal.

After the first leg was drawn 1-1, Arsenal approached the match in the Czech Republic with something approaching trepidation.

And this wasn’t solely down to their own inconsistent form – the Czech champions have eliminated Leicester and Rangers from this season’s competition and fancied their chances of a third British scalp.

But Arsenal flew out of the blocks and quickly established a lead through Nicholas Pepe and an Alexandre Lacazette penalty.

They weren’t done. Soon after the second goal, Callum Chambers strode out of defence and pinged a fine pass out towards Saka.

The youngster dashed infield, completely ignoring the attentions of the Slavia full-back and cleverly finished with an accurate low shot.

It’s not hard to see why the 19-year-old is seen as Arsenal’s next big hope.

SAKA THAT IS CLASS! 🔥

A fantastic start to the game for Arsenal who have scored THREE early goals! 💥💥💥#UEL pic.twitter.com/I8tStBBmUm