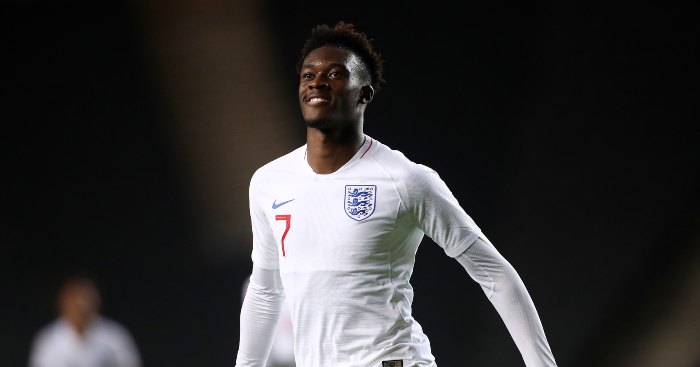 Hudson-Odoi suffered a serious Achilles injury in April and only returned towards the end of September but has picked up where he left off for club and country.

The winger scored on his comeback against Grimsby Town in the League Cup and has provided assists in his three Chelsea outings since.

On his return to England Under-21 duty, Hudson-Odoi put the hosts in front with a sweetly-struck volley from Max Aarons’ cross.

The Young Lions get up and running in some style! 👏 pic.twitter.com/tQQOxK9wiW

And, after two Eddie Nketiah goals, the 18-year-old made it 4-0 on the stroke of half-time with a superb curling shot from the edge of the area after driving forwards from deep inside his own half.

He's wasting absolutely no time on his return from injury! pic.twitter.com/ra9qVwuY4H