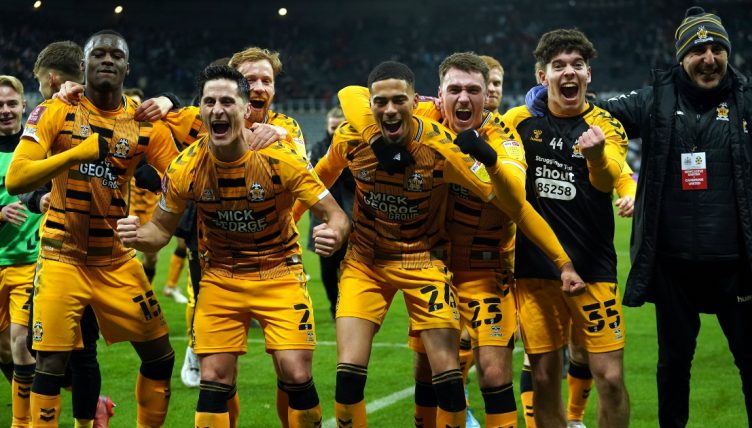 League One side Cambridge United produced a classic FA Cup upset as they beat Newcastle United 1-0 at St James’ Park.

Cambridge, who sit 41 places below Newcastle in English football’s pyramid, took the lead in the 56th minute when Joe Ironside turned the ball in from close range.

Despite Newcastle coming close to an equaliser on several occasions, Cambridge held on to reach the FA Cup fourth round for the first time since 2015.

Their players went to celebrate with the away fans after the game and also did the ‘SIUUU’ celebration, which was created by Manchester United forward Cristiano Ronaldo.

“This day will be remembered for decades,” Cambridge manager Mark Bonner said. “These are the moments you never forget and you never know how long it will be before you experience anything like it again.

“Newcastle’s an incredible football club and an incredible city and the noise got big at times but we coped with the atmosphere and, although we rode our luck at times, we also had periods of control and managed to turn it into a great day for our supporters.”