Do students know 90s Premier League footballers #1 | Who Are Ya? 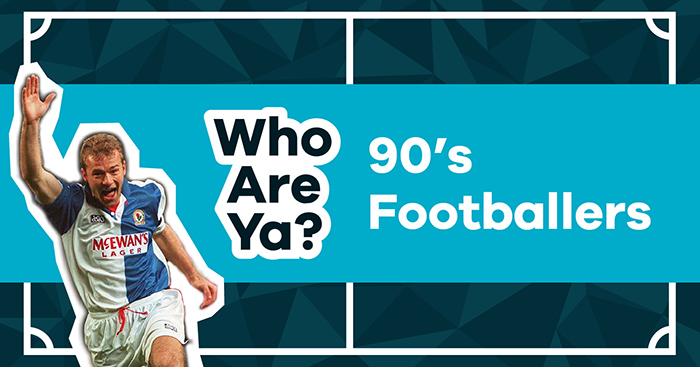 We will fight to the death anyone who tries to argue the 1990s was not the best decade for football, but it has occurred to us that, just maybe, people who weren’t around back then might not while away their time watching clips of obscure early Premier League players.

Bizarre, we know, but the truth is that as au fait as we are with the stars – and, indeed, the absolute not-stars – of the 90s, it’s an era the younger generation have little reason to care about, let alone retain any fondness for.

And so began an idea. Just how much do teens and twenty-somethings know about football from the 90s? Which players’ legacies have stood the test of time? Whose will die with the last generation that saw them play? What about the kits, the sponsors and the stadiums us 90s kids reminisce about so much – were these really as memorable as we think?

Then we realised we could pose these same questions about literally any era of football. Or football culture right here and now but away from these shores – how well does that travel? What’s universal and what will only ever be niche?

Well, we’ve decided to find out. We gathered a group of university students, stuck them in front of a camera individually, showed them pictures of some 90s icons and asked, quite simply, who’s this?

The results are the first episode of our new YouTube series, Who Are Ya?

Watch it below or on YouTube, like, comment, subscribe, and set yourself a reminder for the next three episodes coming over the next three weeks – MLS mascots, 90s football TV shows, and the Premier League’s first-ever shirt sponsors – which, trust us, are a lot tougher than this first one.