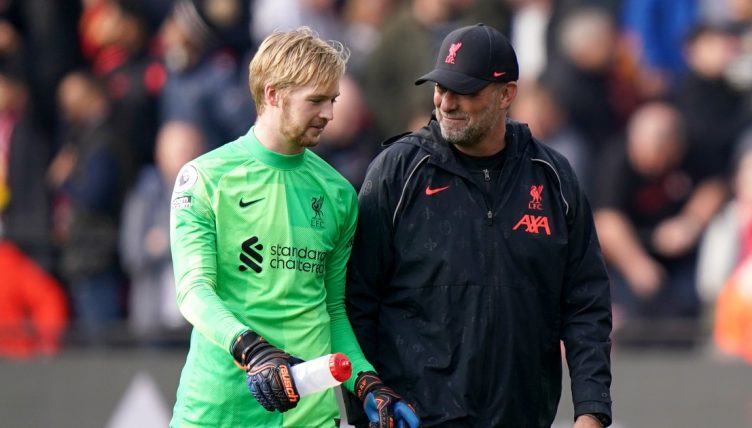 Liverpool goalkeeper Caoimhin Kelleher stepped up in Alisson Becker’s absence and kept a clean sheet in their 5-0 win over Watford.

Before the Premier League game against Watford, Kelleher had made just one EFL Cup appearance for Jurgen Klopp’s side in 2021-22.

But the Republic of Ireland international started at Vicarage Road as Alisson was unable to get back in time from international duty with Brazil.

He was a bystander for most of the game as a Roberto Firmino hat-trick and strikes from Mohamed Salah and Sadio Mane gave the away side a comfortbale win.

Kelleher still had to be alert in the closing stages, producing a fingertip save to push Ismailla Sarr’s effort onto the post.

“It’s not easy obviously, but playing for a team like Liverpool where for the majority of games we are going to dominate possession I’m not going to have much to do,” Kelleher said after the game.

“But when I am called upon, that’s the most important time. Thankfully I was able to make a save and keep the clean sheet.”

The 22-year-old Corkman wasn't asked many questions by Watford, but any performance that includes this save and a pass completion of 95% has to go down as a good day's work 👏 #COYBIG pic.twitter.com/4dGdgioHkC