Watch: Ancelotti is the coolest man on Merseyside after Everton winner 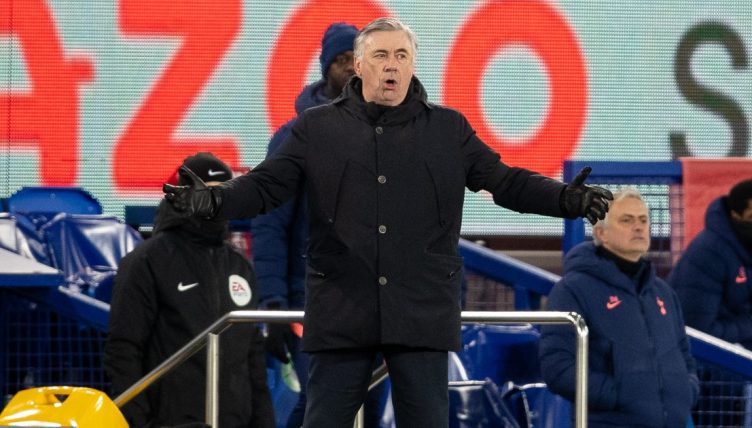 Carlo Ancelotti saw his Everton team beat Tottenham 5-4 in an absorbing FA Cup thriller on Wednesday night – and reacted to the winning goal by blowing on his hot drink.

Ancelotti’s appointment at Goodison Park in December 2019 raised a few eyebrows; the Italian has a history of success in club management, while Everton are one of English football’s most stubborn underachievers.

Yet Ancelotti has fashioned an exciting team on Merseyside, with Everton pushing for Champions League qualification and taking part in a game of the season contender against Spurs.

As extra-time progressed, with the score locked at a head-turning 4-4, winger Bernard fired home Everton’s winner from an acute angle to spark wild celebrations among his team-mates.

If Ancelotti was overjoyed, his face refused to show it.

Instead, he continued to be more pre-occupied with the hot beverage in his hand, blowing on it in an attempt to cool the drink down.

“He has seen it all before, hasn’t he?” assistant Duncan Ferguson said after the game. “It was a great game, it was end to end, and it was great for the fans watching at home.”